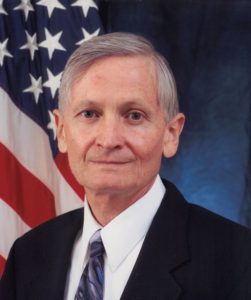 His contribution on that court are chronicled in the University of Idaho College of Law school Law Review in Hillary Smith, One of Five: Reflections on Jim Jones’ Jurisprudential Impact in his Twelve Years on the Idaho Supreme Court,  53 IDAHO L. REV. 621 (2017).

Jim graduated from University of Oregon (BA), and from Northwestern University School of Law (JD).

He is the author of “A Little Dam Problem” which chronicles an epic fight over water rights on the Snake River between the State of Idaho and Idaho Power Company. He also authored “Vietnam…Can’t get you out of my mind,” which tells of his 407 days with a heavy artillery battalion in Vietnam and how that experience played out in his life. Both books are available on Amazon.